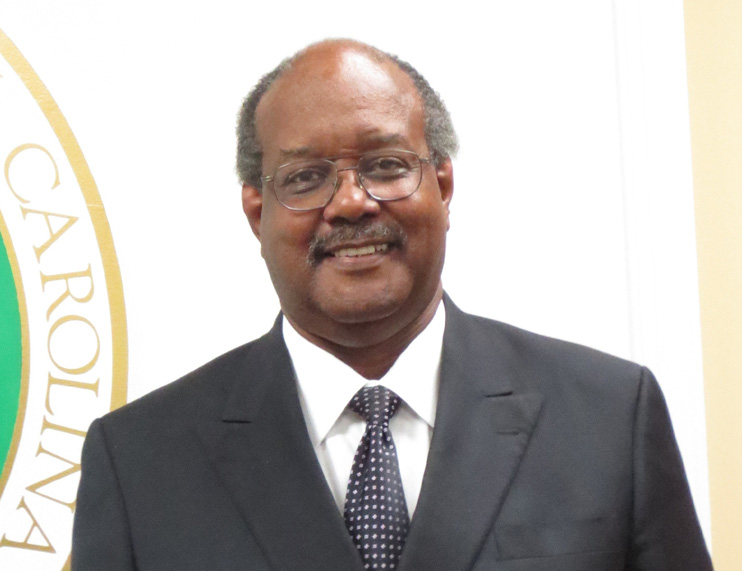 Later he attended Wesleyan College in Rocky Mount for two years and completed his final studies at Shaw University Cape Center in Ahoskie and Raleigh earning a Bachelor of Arts Degree in Criminal Justice. He continued in fields of study in religion, human behavior, pastoral care, religious counseling, aberrant behavior, conflict and crisis resolution and supervised doctoral candidates in the NC Department of Corrections programs.

Mr. Smith worked with the NC Department of Corrections for 30 years, 20 of these years were as Chaplain Trainee to Chaplain I and Chaplain II and Supervisor of Religious Programs at Odom Correctional Institute in Jackson, NC. He retired from chaplainry in 1999 and worked as an ATM Operator at the State Employees Credit Union in Roanoke Rapids until 2007. He then worked at the Jackson Detention Center for two years.

He has served as pastor of Bethany Baptist Church from 1988-2010 and Little Zion Baptist Church in Halifax since 1990. Mr. Smith actively served in the US Army from 1966-1969 and the National Guard from 1969–1999. He served on the Weldon City School Board for 18 years, three terms as Chairman. He was a past member and co-organizer of the Halifax Technical School Criminal Justice Alumnae and former member and president of the Bi-County Ministerial Alliance in Halifax County.

Mr. Smith is married to Cynthia Wiggins Smith. They have four children, twelve grandchildren and one great grandchild.