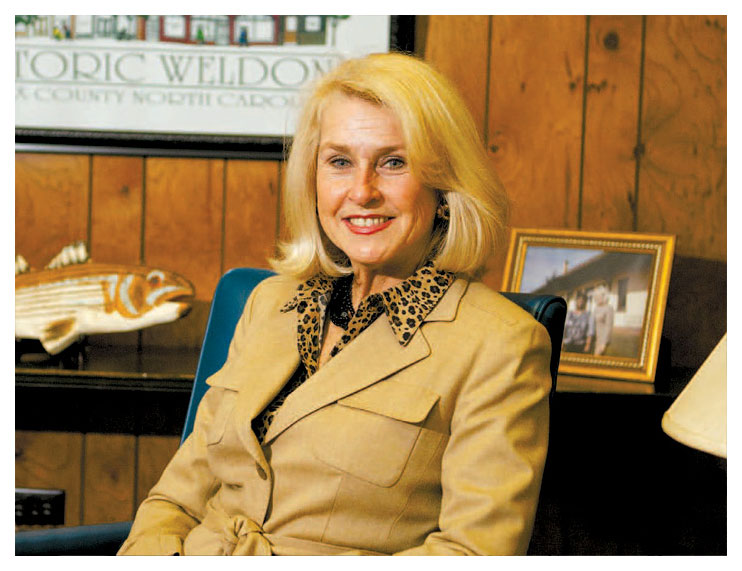 After moving to Weldon in 1976, she started her leadership responsibilities as a member of the Weldon Garden Club, serving a term as President.

In the fall of 1999, was elected as a Weldon Town Commissioner and eventually serving as Mayor Pro-Tem from 2003 through 2009. In 2009, was elected as Mayor for the Town of Weldon and currently holds this position.

Currently, she serves as Vice-Chair of the Halifax-Northampton Airport Authority; board member on the Upper Coastal Plains Council, Halifax Horizons, and a member of the Roanoke River Mayors Association.

2009 was a very difficult time with the economic uncertainty in our state, especially for small towns like Weldon. The town board of commissioners working together as a team were able to achieve the following goals:

Our goal in the coming years is to continue to promote economic development that will create jobs, increase our tax base, lower taxes, and host events by promoting our rich history to attract and draw tourists to Historic Weldon.

Speaking on behalf of the Weldon Town Board and our citizens, we feel Weldon is a great place to work, play and raise a family.